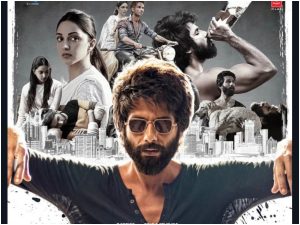 The commercially most successful Bollywood movie of the year is the Hindi spoken remake of Arjun Reddy (2017), the Telugu-language romantic drama from the same director. The protagonist, interpreted by Shahid Kapoor, is a young doctor, whose pathological explosiveness will bring to the loss of his beloved Preeti (Kiara Advani), who is forced to marry another man. Kabir then falls into using drugs and alcohol but does not surrender the hope to get his love back.