We wish everyone a wonderful year 2015! You can already write down the dates for this year’s 13th edition, the festival will take place in cinema Svetozor in Prague from October 7th to 11th 2015.

The last details are being dealt with to get ready for Wednesday when it all starts! The opening night will be in 3D with Sholay, on Thursday we’ll celebrate Diwali, Friday will be partly devoted to Pakistani films, on Saturday you can dance your head off at the BOLLYWOOD PARTY, and on Sunday we’ll announce the winner of the Sanu babu competition!

Sholay 3D - probably the most popular Bollywood film of all time!

Mardaani - a successful thriller about organized crime in India 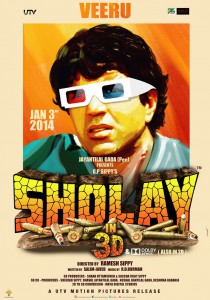 Check out your diaries, what does it say on Saturday October 25th? If it’s not there yet, make sure to add the BOLLYWOOD PARTY at Prague’s P.M. Klub at 9:30pm. DJs Sanjay, Gabbar and Thakur will make you dance all night long! 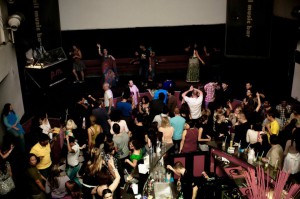 This year the festival is introducing a new section devoted to Pakistani films.

Zinda Bhaag is the 1st film Pakistan has sent to the Oscars in 50 years.

Saving Face follows the lives of several survivors of acid attacks, it has won the Best Documentary Film award at the Oscars in 2012.

Ramchand Pakistani is based on a true story and has also won several awards. 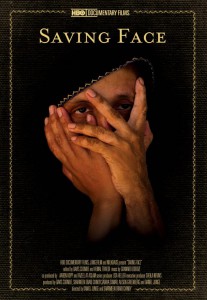 Thanks for your support!

We made it, thanks to you we managed to collect the target amount on the crowdfunding website Hithit! This allows us to carry out what is needed to enhance the festival’s quality. Thank you again and we hope you enjoy your rewards.

What is a “mela”? It’s a fair :) You can look forward to some truly original Bollyworkshops (eg. how to put on a saree, how to write your name in devanagari, …), stands with Indian jewelry, spices and much more … This year you can also taste dishes prepared for you by two Indian restaurants, The Pind and Masala. Children can attend a special workshop, and adults can compete to win a prize from Sanu Babu store. Come and enjoy your time in-between films.

Did you know that a Prague native influenced Bollywood? The screenplay for this film about the “real India” was written by Willy Haas, originating from Prague, who fled from the Nazis to India in the 1930s. Don’t miss the introduction by Dr. Christoph von Ungern-Sternberg and his lecture“From Prague to Mumbai: Willy Haas as scriptwriter in early Bollywood” (the lecture will be in English) and the reading from Willy Haas’s memoirs. The event is organized in collaboration with the Prague Center for Jewish Studies and the Czech Union of Jewish Youth, and with the support of the Mosaic House. 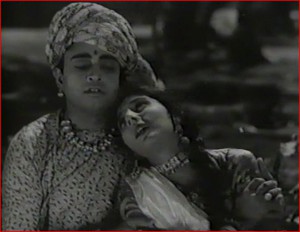 Take your children to the festival :) On Saturday 25th the theater Toymachine will present its shadow play 1000 + 1 NIGHT at 15:00 in the Small hall of cinema Svetozor. The show is accessible to non-Czech speaking children from 3 years of age. It is followed by a workshop at the Bollywood Mela.

This year’s program offers a wide variety of great flicks, one of the films especially worth noticing is the 1975most famous, most cited, and for many best Bollywood film of all time -Sholay. The restored 3D version with added digital effects was conceived 39 years after its original premiere, and it will officially kick start the whole festival at cinema Lucerna on Wednesday October 22nd at 7pm. 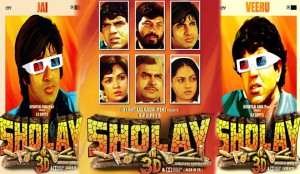 This year’s festival theme came naturally, as children and childhood are somehow the topic of most films that compose this year’s program – the unhappy love story of a boy from a low caste (Fandry), a childhood trauma, which leads a young man to a life of crime (Dhoom 3), the chase after a gang trafficking in teenage girls (Mardaani), or the moving story of a dyslexic boy and his empathetic teacher (Taara Zameen Par). The choice is yours.

The new festival website is online! Check out the entire program, the Bollywood Mela or the exhibition, with more coming soon - www.bollywood.cz.